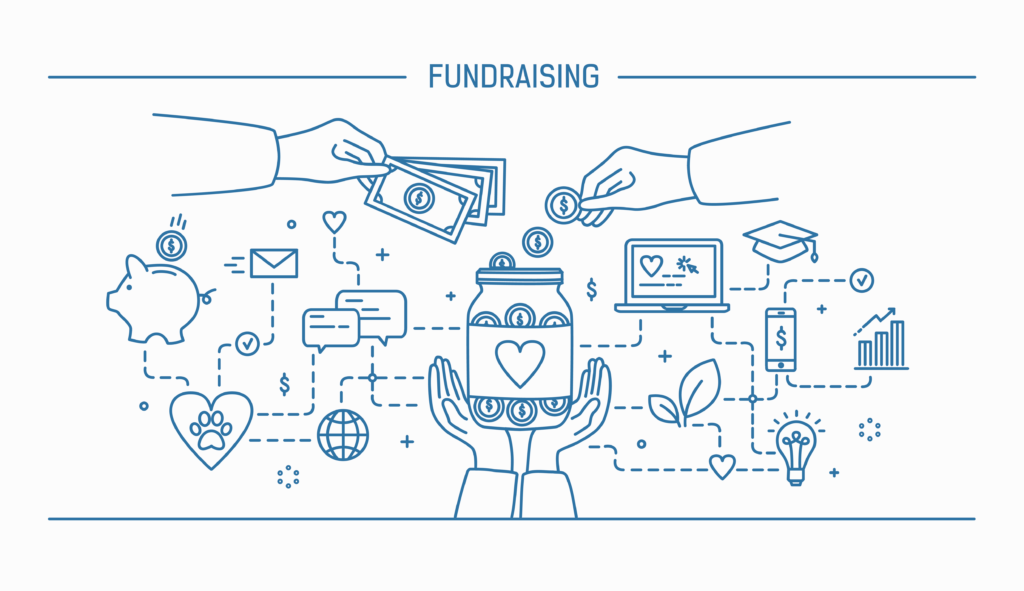 Is the end-of-the-year appeal important?

To that question, we answer a resounding YES.

Given a charitable organization has the potential to raise up to 1/3 of its annual giving at the end of the year, the words you choose, your design, the accuracy of your database, and your method of delivery are all definitely worth the time and creative thought. People are bombarded with mailers and emails so it is critical to stand out and capture the reader within the first 3 seconds. Similar to a political mailer that is attempting to persuade the reader to cast a vote, the purpose of fundraising solicitation is to get the reader to take action, which in this case is making a donation.

What Should It Say?

Your appeal should strive to:

Your letter should be simple, succinct, and emotional.

Include these five elements:

1) A powerful opening line that will set the stage. Make a statement or ask a question that will grab the reader’s attention.
2) Tell a story that pulls at the reader’s heartstrings.
3) Present a current problem and your organization’s solution that could be executed with financial support.
4) Present your offer to the donor (donate at ______ level by ________) with the benefits (we will add your name to the donor wall, you will get a free mug in the mail, your donation will be matched…) as the call to action. In the last couple of lines, include a deadline and be specific with exactly what and how you want the donor to act. The Call to Action needs to have a sense of urgency around responding right away (The match will not last after Dec. 15th).
5) Always use a POST SCRIPT with an emotional message.

How long should your letter be?

However long it takes to highlight your organization’s mission and accomplish the above five elements. Think about accompanying your letter with a video to bring to life your words on the page. Additionally, always supplement your letter with a social media program. This process should begin in early October to receive donations in December.

How do you create an emotional, simple, and succinct piece that pulls at the heartstrings?

Use short sentences. Tell an emotional, human story about one individual. Donors reading your letter can’t save the world, but they can relate to one individual or a family. Fancy adjectives and industry lingo doesn’t make a piece compelling and can turn readers off. Being human, emotional and concise makes it powerful. Tell your story, simply and clearly. Trim the fluff that you don’t need to describe that one individual’s experience to get to the heart of your story.

The letter should be donor-centered and personal. Use words like “you” often to speak directly to the reader and engage them. It should also explain how their past support has helped your organization overcome some hurdles if appropriate. The letter should speak to their hearts, and not their brains. If people read nothing else, they almost always will read the opening line and the P.S. It should not look or read like a formal letter but more like a personal letter.

Add pictures of people, preferably tight shots that show faces. Use headlines and underlines to draw attention to sections of content and include plenty of white space.

Schools are opening in a challenging new way. Perhaps it is an opportunity to include a discussion known to be stimulating and of interest to children. Kindness can be taught and should be a part of our school day. Maurice Elias of Rutgers University Psychology Department states, “as a citizen, grandparent, father, and professional, it is clear to me that the mission of schools must include teaching kindness. Without it, communities, families, schools, and classrooms become places of incivility where lasting learning is unlikely to take place. We need to be prepared to teach kindness because it can be delayed due to maltreatment early in life. It can be smothered under the weight of poverty, and it can be derailed by victimization later in life. Kindness can be taught, and it is a defining aspect of civilized human life. It belongs in every home, school, neighborhood, and society.”

WHAT: State and local leaders pledge support and celebrate the 30th Anniversary of the Americans with Disabilities Act which was signed into law on July 26, 1990 and kick off Croquet OFF the Green, a week-long activity, co-sponsored by the Saratoga County Chamber of Commerce, to bring foot traffic to recently re-opened Saratoga retail shops and restaurants while raising awareness and funds for AIM Services. All activities are being conducted according to the NY-Forward recommendations.

Assembly member for the 113th District of the New York State Assembly.

About AIM Services, Inc. One-third of all families in the United States are impacted by disability. Formed in 1979, AIM Services, Inc. is a 501c (3) non-profit organization providing residential and community-based services to people with physical and intellectual disabilities, including those with traumatic brain injuries and those who are looking for nursing home transition or diversion. Through community-based services, advocacy, and education, dedicated professionals focus on supporting people in achieving their personal goals, while promoting a sense of self-confidence and independence. AIM Services, Inc. is dedicated to supporting the “power of potential” in people of diverse abilities. Visit our website at www.AIMServicesinc.org.

The Americans with Disabilities Act (ADA) became law in 1990. The ADA is a civil rights law that prohibits discrimination against individuals with disabilities in all areas of public life, including jobs, schools, transportation, and all public and private places that are open to the general public. The purpose of the law is to make sure that people with disabilities have the same rights and opportunities as everyone else. The ADA gives civil rights protections to individuals with disabilities similar to those provided to individuals on the basis of race, color, sex, national origin, age, and religion. It guarantees equal opportunity for individuals with disabilities in public accommodations, employment, transportation, state and local government services, and telecommunications. The ADA is divided into five titles (or sections) that relate to different areas of public life. The Americans with Disabilities Act (ADA) was signed into law on July 26, 1990 by President George H.W. Bush.  Throughout the year and on the ADA Anniversary, the ADA National Network recognizes this landmark event and the important work to promote equal opportunity for people with disabilities.

Now, more than ever, as New York is on PAUSE, during a transition toward reopening, businesses, nonprofits, and trade organizations need to stay connected with their customers and constituents. But, how should they navigate the difficult waters of messaging during this crisis?

At Yepsen & Pikulski, we are doing our part to help the community weather this storm and get through this to the other side even stronger together.

Whether you are a small business, a regional or statewide organization, or a charity, public affairs specialists Yepsen & Pikulski will provide a brainstorming session at no charge to help you formulate a plan, set your priorities and put you in control during the pandemic and the economic fallout. Please contact them to set up a Hang Out consultation (under the “contact” tab above) or by emailing joanne@yepsenandpikulski.com